SAFETY MEASURES ARE IMPACTING OUR SHIPPING SPEEDS, AND SOME ORDERS MAY RUN WITH DELAYS. PLEASE KNOW WE'RE WORKING HARD TO FULFILL EACH ORDER. PLEASE CONTACT US WITH URGENT INQUIRIES ONLY.

Search by product name, type of stain, fabric - pretty much anything.

Your search for "" revealed the following:

Our apologies, the results you're looking for have been taken out with the laundry. 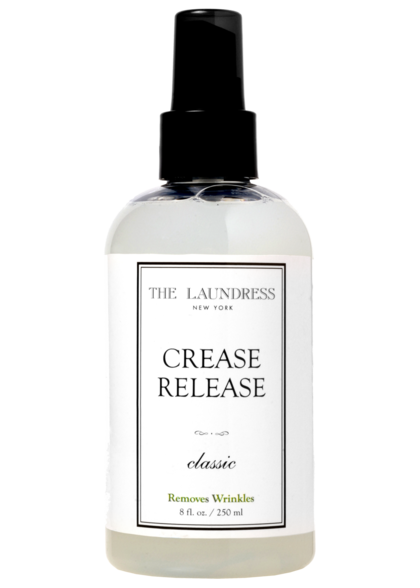 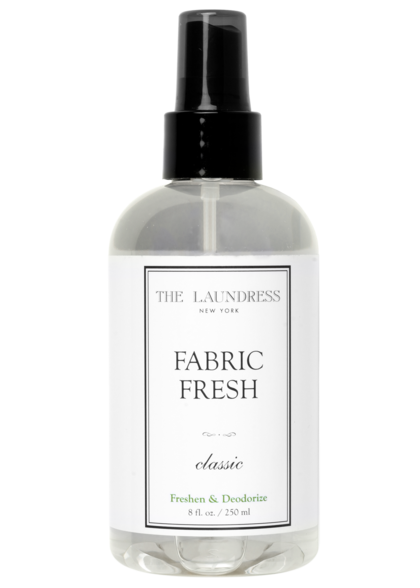 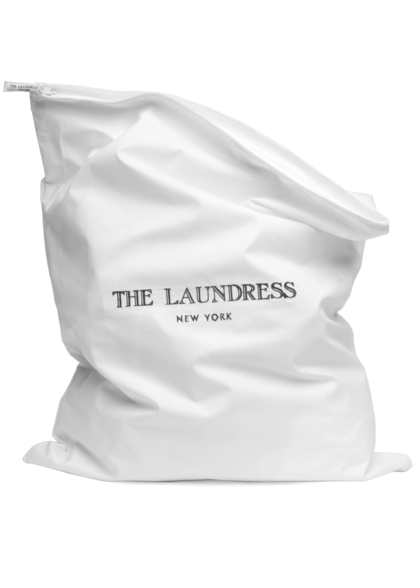 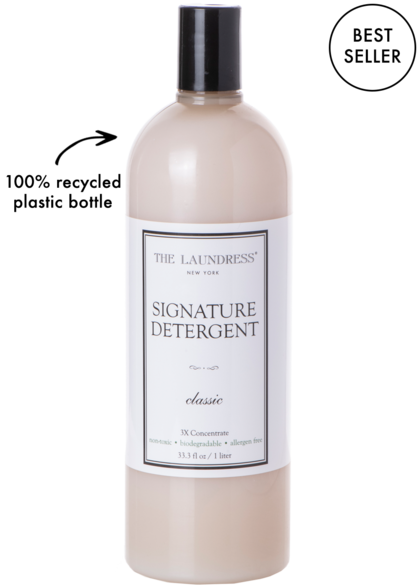 Global citizen, father of five, husband, and other half of one of our favorite blogging duos at Somewhere Slower, Michael Adamo is a person we love on many levels. Especially during the month when we celebrate fathers, we can’t help but stand awe-inspired by the dad who’s built a beautifully intentioned life abroad with wife Courtney Adamo, their two daughters and three sons.

Raised in Nevada, Michael (the oldest of 7) was fatefully accepted to NYU’s graduate film school where he began studying animation. Following a move to Los Angeles years later, he met Courtney who was just starting a career in journalism. Together, they took a spontaneous trip to London that resulted in a job offer for Michael and what would be the beginning of their life abroad together. The duo's shared love of traveling evolved into 13 years and 4 children born in London, and most recently, a 5th child born to the family who’s currently living in Australia. Between his work in animation as an executive producer and consultant, head chef at the Adamo house, surfing, and newborn wakings, Michael shared some time and insight into his most recent adventures Down Under.

My ideal Father’s Day would…
Start with a hot stack of pancakes at home, a delicious flat white (or two) to accompany them, and then a trip to The Pass in Byron Bay for a surf. With a bit of luck, Ivy and I might even catch a tandem wave together on my long board.  We’d stop for lunch at the Top Shop or Roadhouse and then a family dinner at home, prepared by someone other than me. I can only hope Courtney is reading this! 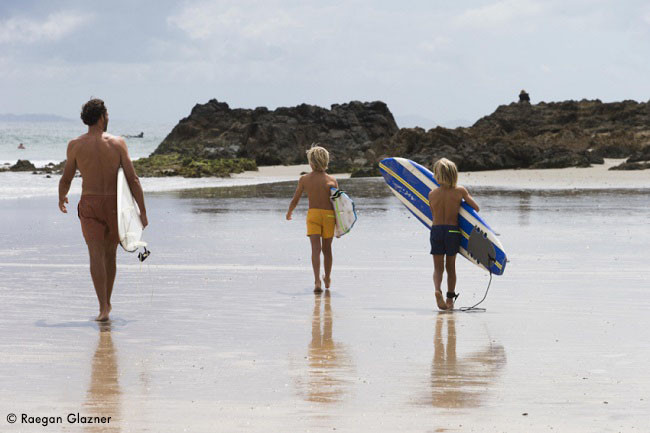 If you asked my kids, they’d say my best skill is…
Cooking. As not so subtly suggested above, I’m the main cook in the house and I like to surprise my kids with new dishes week to week. Since starting school in Australia I also pack their lunches every day. It can be a lot of work but I genuinely enjoy watching them try new foods and unexpected flavours. I also love when they help me in the kitchen…. well, maybe when kids over 7 help me in the kitchen. :)

If you asked my wife, she’d say my best skill is…
Hmm… would it be cheating if I asked her? I think she might say my patience is my best skill. Granted, it’s usually classified as a virtue but if you’ll allow me to interpret this one loosely… I feel like as time passes I get more patient. Not because I’m getting more virtuous or mellower as I age, but because I’ve learned from all the times when I’ve lost my patience.

My best advice for fellow fathers (or fathers to be) is…
Well, I’ve definitely done as many things wrong as a parent as right. And my parenting philosophy and goals are constantly evolving and shifting (hopefully improving too). The one constant goal though is time. I think the most important thing we dads should provide for our kids is our time.  Modern life can make this the most difficult thing to give, but find a way. There is no substitute for you and you don’t get a do-over if you realise this too late. As head chef at my house, my go-to meal is…
Pasta. We’ve been lucky to have spent a lot of time in Italy as a family and Italian is our default cuisine. We especially love the cooking from southern Italy. One of our kids’ all-time favourite dishes is penne with a puttanesca like sauce and tuna. In Italy it’s called something enticing like Pasta al Tonno e Pomodorini. In our house it has acquired the name ‘Pasta all Camper Van’, thanks to the many campsite kitchens and even barbeques it has been prepared on.

My favorite place I’ve ever traveled was…
Wow—that’s a hard one! It’s a bit like asking me which of my kids I like the best. I’ll go out on a limb though and say Trancoso, Brazil. This little village in Bahia will always be a magical place for us. It was our first, exotic, stop on our family gap year in 2015. We were so excited to be taking a year off with our kids and in this little town we found the days we dreamed we’d have on our adventure.  We were totally enchanted by its beauty, simplicity and warmth. For those who don’t know it, we’ve written about it on our blog, Somewhere Slower. 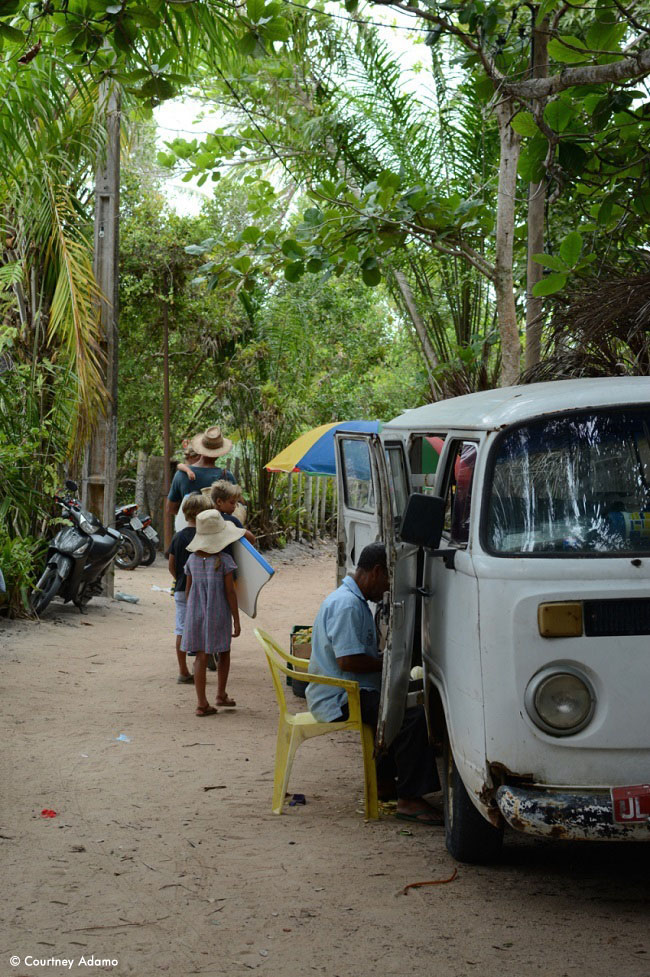 The most important tip I can offer for traveling the world with kids is…
Wing it a bit. Don’t read too many reviews or ask for too much advice. Don’t over pack or over plan. Go with your gut and be a bit fearless. Many of our favourite destinations we knew next to nothing about before deciding to travel there, but we were somehow drawn to them and our kids loved them as much as we did. Also, choose apartments over hotels and try to connect with locals quickly. 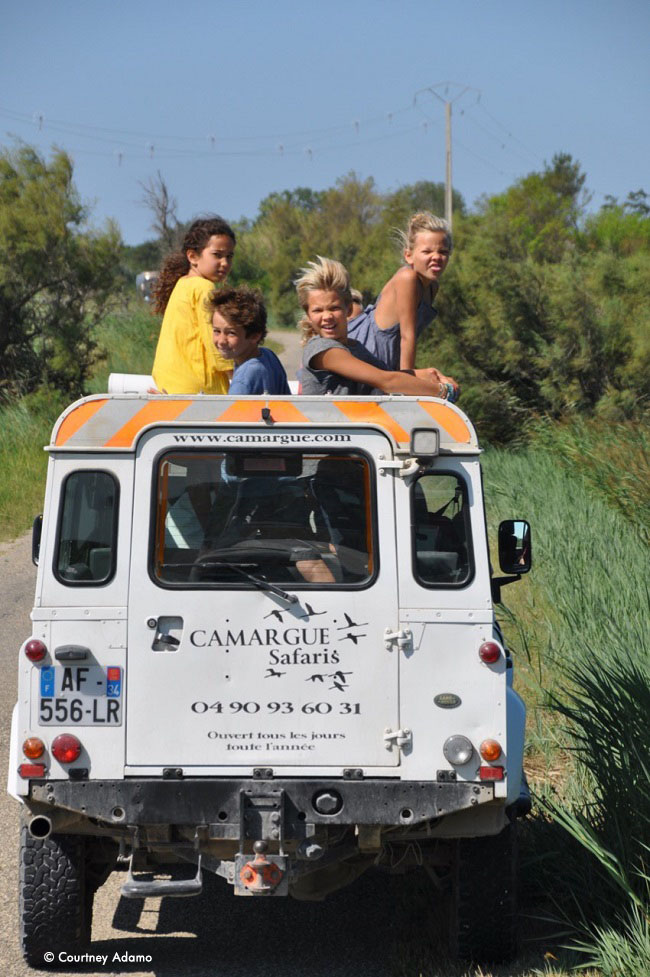 My favorite Laundress product is…
The Crease Release -- the perfect product to have in your suitcase of well-travelled and thoroughly wrinkled clothing. The Fabric Fresh is a pretty good second too.

One talent not many people know I have is…
Animation. I started my career as a traditional animator, drawing films one frame at a time. Over the years I gravitated to the business side of film making and most people think of me as a producer, but I can actually draw… though not nearly as well as I used too (I find myself saying that about a lot of things these days--a sure sign of age).

The person, dead or living, I’d love to meet is…
Another difficult one -- world leaders, innovators, artists? I wish I’d had a chance to get to know my Italian grandfather. He chose to emigrate from Calabria to the US when he was a young man -- when travel took weeks and months, and when such decisions were not easily undone. I would just love to hear about his experiences and see if I might find in him qualities that were passed to my father and maybe even to me.

I’m currently reading…
Unusually for me, I’m reading a novel right now so I can answer this like I’m always cultured. ‘One Hundred Years of Solitude’ has been sitting on our shelves for years but I picked it up last week and am nearly half way through. Normally my scarce reading time is given to newspapers but I decided this month to go cold turkey on The Guardian & NY Times in favour of books. I’m also reading ‘The History or Surfing’ by Matt Warshaw. I like bouncing back and forth between these two completely different reads. When I get downtime, you can probably find me…
On a surfboard. After 13 years in London, I’ve fallen pretty hard for time in the ocean. My enthusiasm for the sport definitely exceeds my ability, but I’ve accepted that things don’t come as easily when you take them up in your forties. Lucky for me, my kids love it too--especially my eldest. He and I went out this morning at 6:30 to get a surf in before school. People We Love
I am The Laundress | Yale Breslin